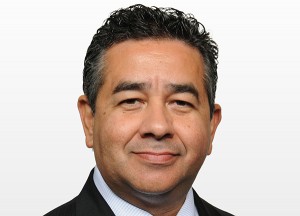 Alfredo (Al) Bala joined Mannatech in October 2007 as Senior Vice President, Global Sales. He was then named Executive Vice President, Sales in June 2011. In June 2014, he was named president to streamline and unify sales and marketing efforts to even better support Mannatech’s independent sales Associates worldwide. In his current role as CEO, he continues to provide Associate support and focuses his efforts on the company’s global expansion.

Al served as Chief Operating Officer of Britt Worldwide, LLC, one of the largest independent Amway network marketing organizations, from 1992 to 2006. While with Britt Worldwide, his main focus was providing motivation, training and tools for Associates in the field in more than 65 countries across the globe. Al was also heavily involved in the launch and re-launch of over 60 international markets, including BRICS markets—Brazil, Russia, India, China and South Africa, which propelled the international sales volume to more than $500 million.

Al served as manufacturing plant manager for Bose Corporation from 1983 to 1992. He is conversant and/or fluent in more than 13 languages. In addition to more than 20 years of domestic and international experience in network marketing, Al’s proven record includes growing a major direct sales organization to $750 million, reaching more than one million people in 60 countries.